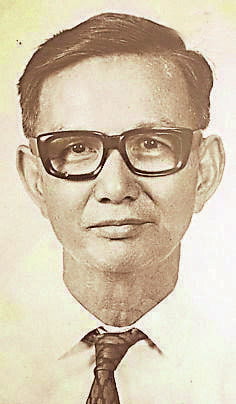 Shen Tin was a native of Zhao’an County, Fujian Province. He was the late principal of Sham Chai Secondary School, Ipoh, Perak. In 1991, he was awarded the Lim Lian Geok Spirit Award for his contribution to the revival movement of Perak Chinese Independent High School in the 1970s.

During his childhood, Shen Tin received old-style private education as well as modern education in his hometown. He later graduated from Quanzhou Pingmin Middle School in 1934. At the age of 20, he came to Penang, Malaya to make a living. In the second year, he was employed by Penang Zhonghua Middle School as a teacher on history, geography and literature. In 1955, he continued to serve at Poi Lam High School in Ipoh for more than 20 years.

In 1962, there was a change in Chinese High School education system. He was then appointed as the vice principal of a public high school, but it was just an honorary position without salary or allowance. In order to increase his income, he also served as the head of administration in a newly-established independent high school.

From his own personal experience and sentiments, he came up with the idea of fundraising campaign to save the nine independent schools in Perak. He was ridiculed by parents and received criticism from the public when raising funds and collecting donations. The public satirized the independent high School, calling them “tuition schools” and the students were “school scum,” thus shaming the students. The students felt low self-esteem and even refused to wear the uniform in front of the public. Under these dire circumstances, he resolutely uphold his mission, together with other passionate fundraisers and Chinese education leaders, travelled to every corner of Perak in order to plant the seeds for the renaissance of independent high schools.

As a result, the United Chinese School Committees Association of Perak decided to raise one million ringgit for the nine independent schools in Perak. In 1974, Shen Tin was unanimously nominated as the secretary of the association. He made great contributions by giving his best to assist in the association’s affairs, and advancing the movement to safeguard Chinese education.

In 1985, Shen Tin retired after half a century of service in education.