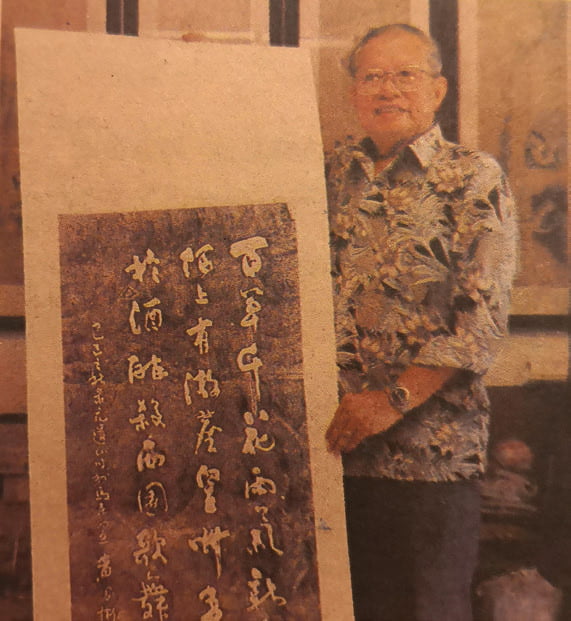 Huang Guo Bin excelled at running script and his works took part in many international calligraphy joint exhibitions such as the second and third Shaanxi and Chang’an Calligraphy International Annual Meetings in China. His works were selected to be inscribed in Kaifeng Hanyuan Beilin Stele Monuments and the Henan Shen Mo Beilin Stele Monuments. His work won the second place in the “Confucius Cup” International Calligraphy Competition organised by Qufu City, Shandong Province and was also selected to be published in Shijie Dangdai Shuhuajia Dacidian and Shijie Shuhua Mingjia Zuopinji.

Huang’s works also won some of the excellence awards in exhibitions such as, Sihai Tongxin Exhibition organised by Taiwan Dahan Calligraphy Society, Asia Invitation Art Exhibition organised by Korean Culture and Arts Foundation, “Tianya Cup”  organised by Sanya City, Hainan Province. His profile was also included in The Famous Figures of the Contemporary Arts Circles in China. His calligraphy has the common touch and are suited to all kinds of viewers. His works can be seen in all around Kuala Lumpur, which had become a cultural scenery in the city.