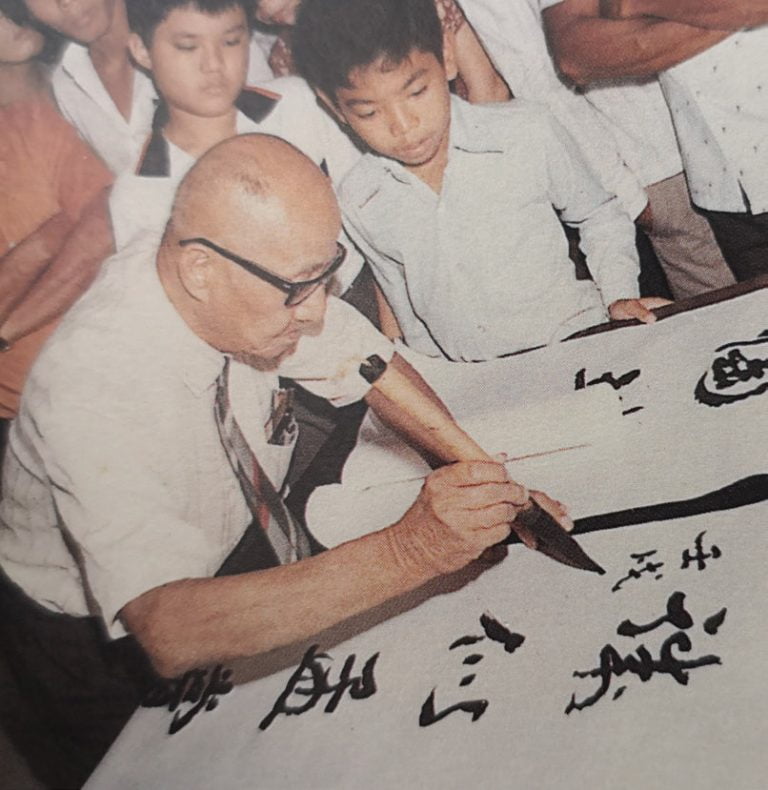 Huang Shi An initially named Zi Zhen and his courtesy name was Shi An. He was a native from Jiaying County, Guangdong Province. He was the chief editor for Ma Hua Ribao, and was successively appointed as a judge for the national calligraphy contests for many terms. He is also one of the founders and adviser for Calligraphy Society of Malaysia. Huang’s works had been exhibited at international stage, such as in the Fine Art Museum of Research Institute of Traditional Chinese Painting in Beijing and Singapore. Huang’s notable publications including The Calligraphy of Huang Shi An (1988) and The Charity Calligraphy Exhibition of Huang Shi An (2005).

Huang devoted his life to promote calligraphy art and is highly respected in the community. He began his writings using “Northern Wei Stele” script, followed by studying other forms of stone inscriptions. Then, he drew inspirations from Qing Dynasty’s He Shaoji and Kang Youwei’s style of calligraphy. Overall, Huang’s style is unadornedly bold. He was the Malaysia’s figure on modern stele calligraphy.

Xu Beihong complimented that Huang’s work have a vital energy of Southern Sea (Southeast Asia), and viewed that both of their calligraphy style shares a common root.