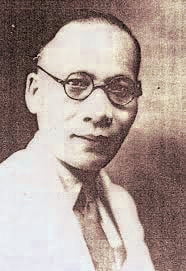 Huang Shi Qing was a native of Puning County, Guangdong Province. He was known by his sobriquet Jiang Xia Bo Zi. He came from China after he had grown up. He was a master of poetry and calligraphy. Huang’s style was refined and unadorned for he has a reverence to the calligrapher from the Qing Dynasty, Zheng Ban Qiao.

In 1923, Huang Shi Qing led the establishment of SJK(C) Puay Chai and became the inaugural principal of the school. In 1934, he travelled all over Malaya and Singapore to raise funds for the school.  At the same time, he initiated the formation of the Federated Teochew Associations of Malaya. In 1955, he organised a charity calligraphy exhibition for the expansion of SJK(C) Puay Chai.