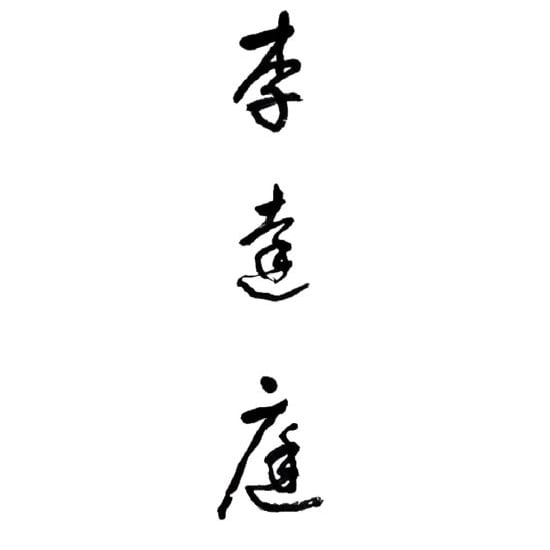 Li Da Ting was a native of Taishan County, Guangdong Province. He was a calligrapher, a member of Nanyang Calligraphy and Painting Association, and the inaugural secretary of United Chinese School Committees’ Association of Malaysia (Dong Zong). His large character calligraphy and cursive scripts can be seen on the streets of Kuala Lumpur in the early days.

For example, the writings on the stone archway of the Yan Keng Benevolent Dramatic Association and Chik Shin Tong at Jalan Sultan are some of his works.

Li Da Ting drew inspiration from Ming Dynasty’s calligrapher Dong Qi Chang. Hence, his style of writing is similar to Dong’s on Epitaph for Xiang Yuanbian in Running Script. His works show his pursue of the essence of traditional calligraphy, yet kept the forms of the informal scripts. His use of brush techniques with center-tip and firm strokes, contributed to the elegance of his characters.

Not many of Li’s works are left. The unwavering strokes of those that remain reflect the heart of the calligrapher. They are definitely depiction of the times.