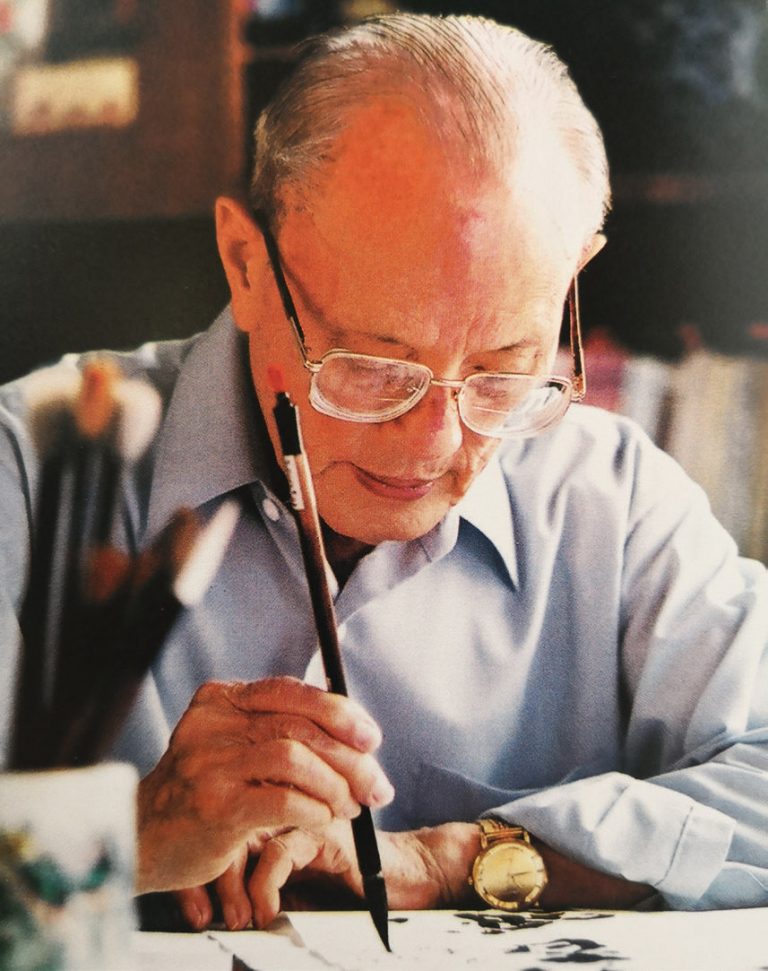 Prof. Datuk Yim Yoo Loon, courtesy named Xiang Pu, was a native of Changsha City, Hunan Province. He graduated from the School of History of Hunan First Normal University. From 1934 to 1937, he taught at the Hunan Liling Girls Normal school. He once wrote an academic thesis about how politicians control education in Guomin Newspaper which nearly brought a disaster upon himself. Later, he came to Penang in May 1937. In April 1938, he established the Nan Feng Magazine together with his friends and served as the editor-in-chief. In 1939, he changed his career path and devoted to the education. After the Japanese military surrendered in 1945, Prof. Datuk Yim Yoo Loon was appointed the principal of Chung Hwa Public School, Penang, Chung Ling High School, Penang and Hua Lian High School, Taiping. He then accepted the invitation by the Ministry of Education and became a lecturer of Chinese classical literature at Kuala Lumpur Language College. From 1947 to 1962, again upon the invitation of the Ministry of Education, he became the lecturer of the training courses for the teachers from Chinese schools in Taiping, Kedah, Penang, Ipoh, Johor Bahru and others, during school holidays, focusing on Chinese language and pedagogy. He retired in 1970 and became an adviser to some cultural organisations.

Prof. Datuk Yim Yoo Loon’s calligraphic works can be seen at Kaifeng Hanyuan Beilin Stele Monuments, Shandong Qufu Confucius Museum and Hunan Hall of Fame Museum. He was passionate in working for culture and education, likewise, he often organised exhibitions for some cultural and educational institutions. In 1991, his name was documented in Zhonghua Qiaojie Liezhuan published by China Ocean Press. He was awarded the China Beijing Calligraphy Honorary Award in 1993, and China Tianjing Calligraphy Arts Festival honorary award in 1997. Later, in 1995, he was awarded the honorary cultural award by the Malaysian Chinese Cultural Society (MCCS) for his great talent and excellence in creating literary works. On April 6, 1996, he was invited to visit Shaanxi Normal University and was conferred the honorary professorship by the university’s rector Prof Zhao Shichao. In July 2001, he was awarded the DMPN Datukship by the Penang governor. Though retired, he still served as an adviser for the Calligraphy Society of Malaysia, Penang Equator College and Penang Conservatory of Fine Arts (CFA).

On March 23, 2003, a complete work of Prof. Datuk Yim Yoo Loon was published with Dato Seri Kee Yong Wee as the committee chief, C. N. Liew as the editor-in-chief, Prof Datuk Dr Lim Chooi Kwa from the Institute of Chinese Studies of Universiti Tunku Abdul Rahman, and many editor-in-chiefs from various Chinese newspapers as the executive advisers. Social elites and scholars from the culture, arts, education, business and political circles had gathered to honour Prof. Datuk Yim Yoo Loon as the treasure of cultural and education circle, and for his tremendous contribution and great efforts towards the cultural and educational development. In conjunction of the publication of the 3-volume complete works, a series of symposiums featuring the thoughts of Prof. Datuk Yim Yoo Loon and a retrospective calligraphic exhibition was held.